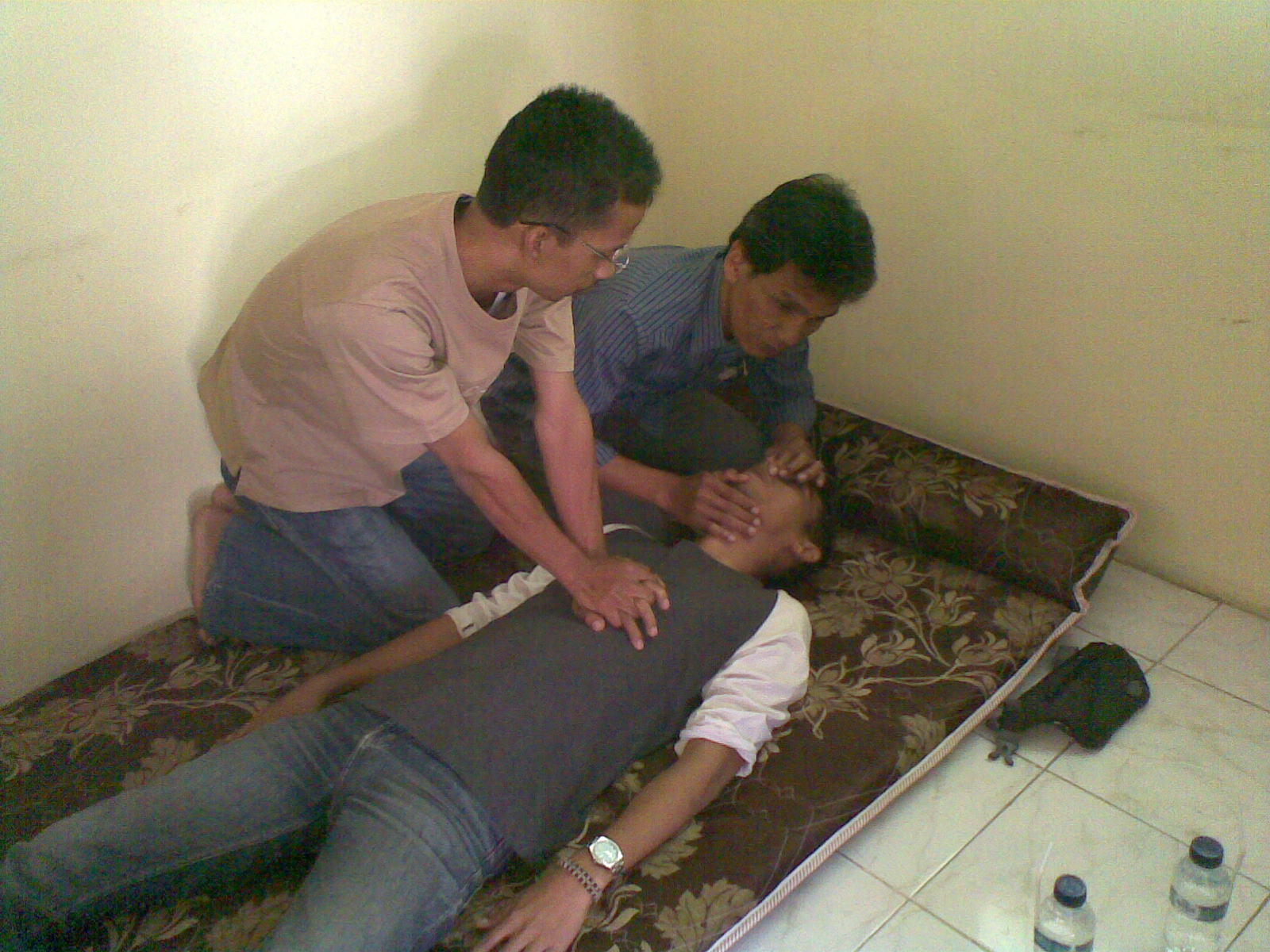 My second Duty to go to Tuban & Gresik to conduct Internal Safety Training and it was First of July 2012. The weather at Tuban & Gresik is similar the same with Jakarta, It take a approximately an hour and fifteen minute from Surabaya to Gresik by Car. So Far my duty was running well and all the Operation employee at Tuban & Gresik is very enthusiastic with the trainings.

There are 4(four) Training materials, such as : Hear & Feel the breathing from victim. This allow to start know the victim is “Conscious or Unconscious” Feel the pulse of blood pressure by touching near neck, it is normally 60-80 times per minute, strong pulse CPR, Cardiopulmonary Resuscitation is an Emergency Procedure which is performed in an effort to manually preserve intact brain function until further measures are taken to restore spontaneous blood circulation and breathing in a person in cardiac arrest. It is indicated in those who are unresponsive with no breathing or abnormal breathing, for example agonal respirations. It may be performed both in and outside of a hospital.

CPR involves chest compressions at least 3-5 cm deep and at a rate of at least 100 per minute in an effort to create artificial circulation by manually pumping blood through the heart. In addition, the rescuer may provide breaths by either exhaling into the subject’s mouth or utilizing a device that pushes air into the subject lungs. This process of externally providing ventilation is termed artificial respiration. Current recommendations place emphasis on high-quality chest compressions over artificial respiration. Insufflation, also known as “rescuer breaths” or “ventilation, is the act of mechanically forcing air into a patient’s respiratory systems. This can be achieved via a number of methods, which will depend on the situation and equipment available. All methods require good airway management to perform, which ensures that the methods is effective.

ABC Steps is the most common for CPR (Cardiopulmonary Resuscitation) CPR can do with 2(two) person involve each other, one person do the Insufflation,  and the other one do the CPR. As a Final results before I go back to Jakarta,   all the Certificate I handed over to Tuban Branch Manager Mr. Adi Setiyanto, then will distribute to Employee’s

Observations in the Training :

There are some employees who already knows and obtained of Safety Induction, as well as the training of Emergency Response if they are entering the field / area of field  / vessel / facility owned by Pertamina and TPPI (Trans Pacific Petrochemical Indotama)

As a conclusions derived from the observation that this Safety Induction can be repeated every 6 (six) months, based on the needs of the Clients.

I would like to thank you for all the team operation at Tuban & Gresik Branch Office, and it was really good and nice have meeting with all the team, maybe someday I really want to go there again, I do hope that all the trainings will be useful for Employee.